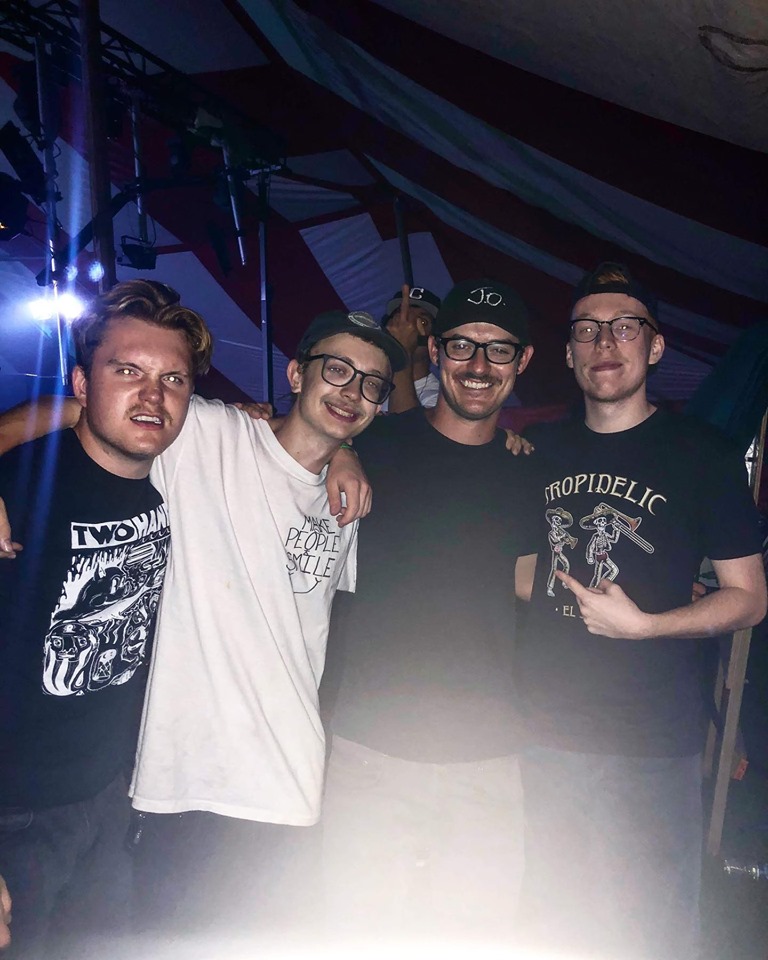 Joint Operation is a powerful funky reggae-rock band from Baltimore, MD. This explosive four-piece has made quite a presence for themselves in the Mid-Atlantic with dozens of shows with the biggest names in the genre. Life-long friends, Josh Lewis, Jacob Nadeau, Ben O’Brien, and Fabrizio Scotto, have managed to integrate all the genres they grew to love as children into this power group. Whether it be reggae, punk rock or funk, this group rocks the house and shows fans how to party. Influences include Beck, Nirvana, Sublime, and many more!

Looking into the core of their music, it is almost hard to believe they are only a four-piece band. With the filling sounds of Josh Lewis’ powerful vocals and Ben O’Brien’s savory guitar licks, you would think that they must have another member hidden and playing along. Accompanying him, is the rhythm section made up of Jacob Nadeau’s funky bass hits that are always right in the pocket with drummer Fabrizio Scotto’s hard-hitting fills and snaps. Joint Operation values the idea of connecting with others through their music. The band hopes to create music and play live shows to help others forget the struggles of life, and just enjoy living in the moment.

Their debut album is planned for release in the summer of 2019. “The Road”, a single off their upcoming album was released May 12th 2019 and is available everywhere! This record focuses on talking about life, happiness, and struggles, while bringing in the party with the lively music of their mixed genres. This album will for sure have something for everyone, and the band cannot wait to finally release it after two years of production!

Joint Operation loves to challenge themselves, whether it be on the road, in the studio, on stage, or at practice, they are always trying to be greater. With huge performances, and multiple tours under their belt, they are ready to travel farther out and share their music with others. They hope to push themselves harder and celebrate music and art with others all over the globe!