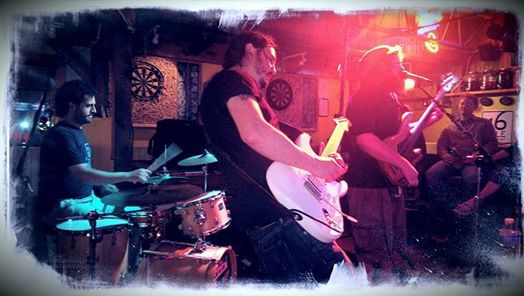 Lower Case Blues is a jammin’ trio that plays a new fusion of old blues, funk, and rock.”

Over the past 15 years, Lower Case Blues, affectionately known as LCB, has established a loyal following. There are the annual visitors – whose summer vacations wouldn’t be complete without LCB – and there are the locals, who have made LCB part of their weekly routine with ritualistic devotion”.  For most of that time, Lower Case Blues has performed there magic every Sunday at The Pond at 10pm.

“Among LCB’s many accolades is its 2009 rating of “Best Band in Delaware” by Delaware Today Magazine, its 2012 induction into the DE Blues Hall of Fame, and its placement in in the semi-finals of the 31st International Blues Challenge in Memphis, TN. Furthermore, their proximity to the Bottle & Cork, Dewey Beach’s “Greatest Rock-n-Roll Bar in the World,” has given lower case blues the opportunity to open for celebrated artists such as Buddy Guy, Jonny Lang, Robert Randolph, and Kenny Wayne Shepherd; they also backed up legendary funk bassist Leo Nocentelli of the Meters.”

For more information about LCB, visit their website at lowercaseblues.net