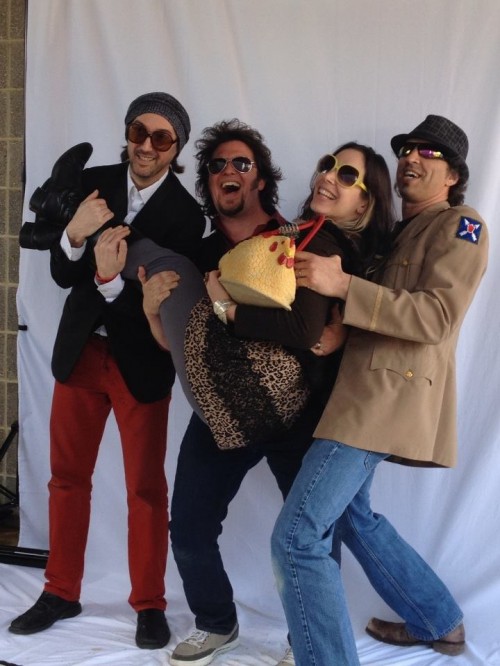 Sweet Leda has been performing at The Pond almost since its inception.  And all of us here have a huge crush on this band, especially Julie.

Sweet Leda, powered by Julie Cymek’s sultry, commanding vocals and electrifying stage presence, Sweet Leda is taking the diverse mid-Atlantic music scene by storm as one of the most exciting and accomplished live acts on the rise. In fact, Lou Plaia (co-founder of Reverbnation) describes them as “the highlight of every festival they play.” With its rich blend of new school funk,
psychedelic rock, soul and pop, Sweet Leda’s heartfelt original music can best be described as a female-fronted, soul-based, Zeppelin meets Chili Peppers!

Sweet Leda’s sophomore album Let It In captures the live and raw essence of what can only come from years of steady gigs, blood, sweat, and a few tears. To capture this essence, the band recorded all together in one room, tracking analog to 2” tape. What came out of the process is an intimate, in-your-face, edgy sound that exemplifies Sweet Leda live, at their best.Let It In was recorded and engineered at WrightWay in Baltimore by IRKO (Jay-Z, J Lo, Pitbull, Talib Kweli), mastered by Brian Lucey (Black Keys, Arctic Monkeys, Beck, Dr John), and produced by Sweet Leda’s very own “fifth Beatle,” Stephen Joseph Antonelli, who also produced and recorded the band’s first album, Need The Music.