What’s Happening This Week at The Pond, September 7 to September 12

The Pond is gearing up for our best NFL Sundays ever!  In addition to our 15 BIG SCREENS and the NFL SUNDAY TICKET, we will have Bri & Davey hosting Spin The Wheel and Plinko.  Our NFL Sunday Menu is almost complete and will be published later today with mix-n-match sliders, slider combo platters, lots of game day starters, tailgate packages, beer buckets and a shooter for every NFL team.  It’s going to be a blast so mark your calendars for September 12th at The Pond!

Our upcoming entertainment for September is below:

What’s Happening at The Pond, August 1 to August 8

Written by Pete Borsari on August 2, 2021. Posted in Latest News

Our entertainment for this upcoming week and all of August is below.

What’s Happening at The Pond This Week, November 23 to November 30

Written by Pete Borsari on November 24, 2020. Posted in Latest News

We planned a great Thanksgiving weekend way back in January, thinking that there would be a tree lighting ceremony in downtown Rehoboth Beach and lots of folks shopping on Black Friday and Small Business Saturday. And despite the pandemic and restrictions imposed on us, we still have LIVE MUSIC most nights.  This Friday, listen to classic rock with 2nd Time Around and then on Saturday night, Electric Velvet will be rocking the place.  Plus, the usual great local musicians playing Sunday thru Wednesday.  For reservations, please email Davey at davey@thepondrehoboth.com!

This Week at The Pond, October 26 to November 1

Written by Pete Borsari on October 28, 2020. Posted in Latest News

YIKES!  Where has this year gone?  Not complaining, mind you, the sooner 2020 is over, the better!   Below is our entertainment for this week.  If you want reservations, please email davey@thepondrehoboth.com

Great entertainment all week, every week….

While The Pond remains committed to bringing LIVE MUSIC to downtown Rehoboth Beach, we have revised our schedule due to concerns about the pandemic.   Some shows will be two hours as our last seating will be 10pm.  We thank you for wearing a mask, practicing social distancing and respecting our staff.

Our entertainment schedule for the week:

Tuesdays at 7pm to 10pm ~ COONEY TUNES with Tim Cooney 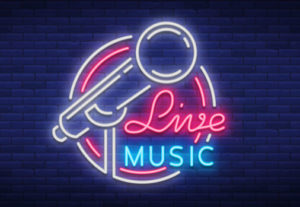 Our entertainment schedule for the week:

WHEEZING THE JUICE at 3pm

Written by Pete Borsari on March 9, 2020. Posted in Latest News

This upcoming weekend is one of our favorites of the year and we hope it’s going to be the best ever!  Yep, it’s St. Patrick’s Day Weekend!  Our St. Paddy’s Menu will be available all day Friday thru Sunday, along with a lots and lots of entertainment.  And, of course, our ICE LUGE will be ready around noon on Saturday, March 14th.

For the weekend entertainment:

And of course, we have live entertainment as well as bingo, survey sez and trivia during the week!

at 7pm ~ The Pond’s Trivia Challenge

We have a great menu to celebrate St. Patrick’s Day, starting Friday, March 13th and thru Tuesday March 17th

Written by Pete Borsari on March 4, 2020. Posted in Latest News

The Pond has teamed up with Rehoboth Ale House, Cooter Brown’s and Blackwall Hitch for a four course Progressive Beer Dinner the first Friday of each month.  For March, we have partnered with Cape May Brewery.  Below is the menu.  Tickets are only $75 including gratuity and processing fee and can be purchased by clicking on this link: EVENTBRITE

This Week at The Pond, January 13 to January 20

Written by Pete Borsari on January 14, 2020. Posted in Latest News

While our NFL Sundays are winding down, our NFL Menu including our almost famous Cheesesteak Waffle Fries, Mix-n-Match Slider Menu and $15 Beer Buckets still is available!  We will have both AFC & NFC Championship Games on the big screens this Sunday.  And Davey has some special games planned to stop on by and win some free stuff!

This holiday weekend we have LOTS of entertainment so plan on being at The Pond and having FUN!  If you love The Stumble, this is their final show until they come back from hiatus in August!  So make sure you don’t miss this great band!

at 7pm ~ The Pond’s Trivia Challenge