Written by Pete Borsari on July 9, 2019. Posted in Latest News

This upcoming weekend is a very special weekend indeed as SWEET LEDA performs a daytime show on Saturday, July 13 at The Pond at 6pm.  And… LOWER CASE BLUES will be closing out the night at 10pm.  Expect some crossover participation between these two awesome bands.  On Sunday, July 14th, Rocky Allen returns at 5:30pm!  Below is our entertainment for this week!

Mondays at 9:30pm ~ SIN MONDAYS at The Pond with Spiffy Sean

Thursdays at 7pm ~ LET’S DO TRIVIA 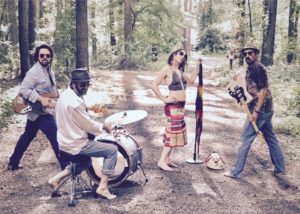 Written by Pete Borsari on June 10, 2019. Posted in Latest News, This Week

Garrett Shultz is back at The Pond twice this week! On Thursday at 9:30pm is his solo show and on Saturday at 10pm he will be rocking the house with the Garrett Shultz Band!  Keith & Neil are back on Friday at 6pm as the Keith White Duo and Lower Case Blues will close out the night!

Sara Ann Garrison and her new back up band will be playing on Sunday at 5:30pm.

Below is our entertainment for the week.  See you at The Pond!

Mondays at 9:30pm ~ SIN MONDAYS at The Pond with Spiffy Sean

Thursdays at 7pm ~ LET’S DO TRIVIA

Raised in Bear, Delaware, Darryn Gray grew up in close knit family that didn’t need an excuse to have friends and family over for dinner.  For Darryn, food was simply a necessity at first, often cooking something after school.  Soon food became a fascination, as Darryn wanted to expand his knowledge to different cultures’ and regions’ cuisine.

Darryn began his restaurant adventures at Camp Arrowhead in Lewes, Delaware, washing dishes.  After being  a server at numerous restaurants and managing Freddy Wraps in Newark, Delaware,  Darryn realized his love of food and decided to go to culinary school.  He graduated from The Art Institute of Philadelphia in 2011, doing his work study at Harry’s Savoy Grill.  After numerous kitchen jobs, he eventually became the head chef of the Dupont Memorial House, an overnight retreat house located in downtown Rehoboth Beach.  At the Dupont Hosue, he would craft his style of classic southern American food with ethnic influences.

Being a patron on of The Pond since moving to Rehoboth Beach. Darryn is excited to take on the position of Executive Chef and to contribute to the already stellar reputation of the Rehoboth’s favorite locals bar & grill!

This Week at The Pond, April 1 to April 8

Written by Pete Borsari on April 2, 2019. Posted in Latest News

All of us are excited about our Studio 54 Dance Party on April 6th at 9:30pm.  Liz & Keara have been busy and will start the decorating on Thursday night.  Expect to see disco balls and lots of gold.  Donny cut out and Liz painted the Studio 54 Moon and Spoon.  It’s going to be a blast so dress in your disco clothes (or just come as you are) and live or re-live the Disco Era!  We will be giving out prizes for most creative Studio 54 costumes, individual and duo/group!

Out MEET THE NEW CHEF HAPPY HOUR is happening on Wednesday, April 10th from 5pm to 7pm.  We look forward to everyone meeting our chef Darryn Gray and we will be introducing our new Happy Hour Menu which will be discounted 50%.   We hope you love our new Pond Bites Happy Hour Menu!

And finally, we say THANK YOU for a great run on Monday nights at The Pond.  Stay tuned on Facebook for upcoming plans for Monday nights!

Written by Pete Borsari on May 3, 2018. Posted in Latest News

Karaoke returns to The Pond on May 1st at 9:30pm hosted by DJ Sharon.  We will have karaoke all through the summer months!  And our favorite DIVAS return this Saturday to help us celebrate Cinqo de Mayo!  Chef Dave has created some great food specials for Cinqo!

Thursdays at 9:30pm ~ Thursday Music at The Pond

As our loyal customers will attest, The Pond hosts one of Rehoboth Beach’s best St. Patrick Day celebrations. Three Irish Beers on tap, our St. Paddy’s Flight and our legendary Ice Luge (this year a tribute to Super Bowl Champions, Philadelphia Eagles)!

And, we will have ALL the March Madness games on the big screens!!

Written by Pete Borsari on July 31, 2017. Posted in Latest News, This Week 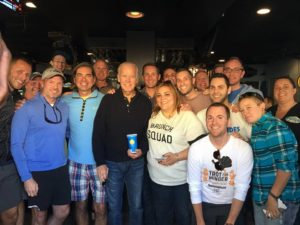 Written by Pete Borsari on July 15, 2017. Posted in Latest News, This Week

We have yet another band debuting at The Pond this week, the Rocky Allen Band. Coming straight from Nashville, Rocky Allen Band is performing Friday, July 21.  But there’s lots more music before Friday night!

If you haven’t listened to Mercy Creek, stop by The Pond on Tuesday around 9:30pm.  This is an awesome duo out of Annapolis.  Also returning this weekend are two of our favorite people, Laura & Ashley, otherwise known as Mama’s Black Sheep, both Friday and Saturday early evenings.  And Green Means Go will be rocking with their weekend show! 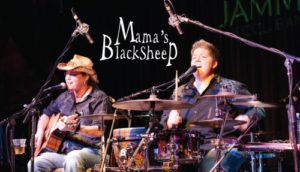